At first, it might seem odd: Why would two experts in the space program take on a project that relates to, of all things, farm animal waste? But when you think about it, the notion makes sense. Olivier de Weck SM ’99, PhD ’01, the Apollo Program Professor of astronautics and engineering systems, and Afreen Siddiqi ’99, SM ’01, PhD ’06, a research scientist in MIT’s Department of Aeronautics and Astronautics (AeroAstro), work on closed life-support systems, such as crew quarters on the International Space Station and proposed habitats on Mars, which need to provide clean air and water and recycle all wastes. Why not apply the expertise they’ve gained to managing animal waste from small farms on Earth?

The environmental stakes are considerable: throughout the globe, there are more than 475 million farms smaller than five acres, and they generate hundreds of millions of tons of manure each year. Siddiqi and de Weck are now studying the thousands of small farms in Brazil that line the Paraná River, which flows into the Itaipu Dam, the world’s second-largest hydroelectric power plant. Animal wastes that wash into the river seriously degrade water quality and promote algal blooms that can impede efficient power generation. 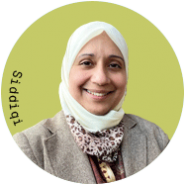 With funding from MIT’s Abdul Latif Jameel Water and Food Systems Lab (J-WAFS) and consultation from Brazilian colleagues, de Weck and Siddiqi embarked on a project in 2021 aimed at devising economically viable strategies for preventing farm waste from entering the Paraná by turning it into valuable byproducts—solid fertilizer pellets and biomethane. The latter can be used for cooking and heating  or to generate electricity, and it can also be converted into compressed natural gas, a transportation fuel.

Applying a method they use in their space research, the MIT duo are addressing this challenge from a “systems perspective,” which enables them to assess how the many factors involved—water, energy, agriculture, transportation, and the environment—are interdependent, and what tradeoffs might have to be taken into account. “We want to use our knowledge of these connections to come up with new solutions that we might otherwise miss if we just looked at one part of the system,” Siddiqi explains.

To support this project, de Weck enlisted students in his Multidisciplinary System Design Optimization class to analyze various options for handling farm waste, including processing it onsite with small-scale biodigesters or transporting it to regional processing facilities by trucks. This approach has demonstrated that there is no single best solution, de Weck explains. In choosing between a centralized or decentralized approach, “the optimal solution will be dictated by geography, depending on the size of the farms, the average distances between them, and the quality of roads.” 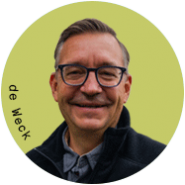 It’s a complex challenge, so the team has developed a sophisticated model that weighs the costs of installing biodigesters and transporting wastes against the value of the electricity and natural gas produced. “We’re modeling not just the flow of wastes and biomethane, but also the flow of money,” de Weck says. Based on current technology and prices, waste recovery systems would not be self-sustaining, but that could change with incentives that monetize the benefits of reduced water pollution— especially when lowered operating and maintenance costs at the hydropower plant are factored in. This finding emphasizes the applicability of their research to policy makers in addition to the farmers themselves.

The MIT team presented its preliminary findings at the December 2021 meeting of the American Geophysical Union, a prime gathering spot for Earth and space scientists from all over the world. The researchers plan to carry out site visits in the Paraná region in 2022 to gather more data and then share their model with Brazilian decision makers. They also plan to study farms in New England.

“Our aim is to have a tool that is applicable to agricultural areas throughout the world, so long as you provide it with the right data,” Siddiqi says. “Although this tool is presently focused on animal-waste generation and recovery, the same approach could be applied to other kinds of waste streams and other kinds of problems.”