Organic chemist Alison Wendlandt designs molecules from the atoms up, with the goal of synthesizing useful substances faster and more efficiently.

Her lab focuses on stereochemistry, or how molecules’ atoms are arranged in space—a key criterion for pharmaceuticals because a drug molecule’s shape determines how it interacts with proteins and other large molecules in and on our cells. For instance, the antihistamine levocetirizine makes you less sleepy than cetirizine even though the two molecules are isomers, which means they have the same number and types of atoms. The difference is in their shape.

Wendlandt, the Cecil and Ida Green Career Development Assistant Professor of Chemistry, says determining which bonds link which atoms in a molecule can be crucial to designing drugs such as those that interact with the 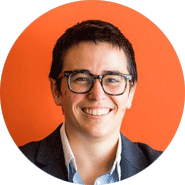 body’s enzymes. “We think about the connectivity of the molecule and how that might help fit the right drug into the right enzyme,” she says.

In the 1800s, Louis Pasteur noticed that tiny facets on the edge of a crystalline organic acid were sometimes oriented to the right and sometimes to the left, and chemist Emil Fischer found that differences in the configuration of hydrogen, oxygen, and carbon atoms accounted for differences in sweetness between, say, glucose and galactose. Like many organic chemists, Wendlandt has learned to rotate complex schematics of molecules in her head. “It’s not unlike other aspects of design, like architecture,” she says.

More than a century after Pasteur’s and Fischer’s revelations, fine-tuning the spatial arrangement of atoms within molecules is still one of organic chemistry’s biggest challenges.

To make designing new, potentially useful substances even more challenging, certain isomers are mirror images of one another; awareness of this “handedness,” or chirality, is particularly important in drug development. A chiral isomer may produce the desired therapeutic effect while its achiral version might be ineffective or even dangerous— take the infamous example of thalidomide, prescribed in the 1950s for morning sickness. The left-handed molecule was safe and effective while its right-handed version was highly toxic, causing a generation of birth defects.

Typically, assembling a new molecule is a little like assembling a jigsaw puzzle: the way the pieces go together is fixed. Wendlandt identifies strategies to render those static positions dynamic.

“We use straightforward and unselective chemistry to assemble the molecule with the desired bond connectivity, and then use our methods to tune the stereochemistry of any chiral centers,” she says. “This contrasts with the typical way in which complex chiral molecules have been made, where the correct stereochemistry must be set when the bond connections are forged.”

Creating the bonds first and then tuning the stereochemistry can make the process of developing new molecules quicker and easier, she says. Essentially, instead of creating a new puzzle from scratch, her team rearranges individual pieces.

To do this, Wendlandt’s team performs highly selective catalytic reactions that access specific atoms. Breaking and reforming chemical bonds requires energy. “Typically, if you wanted to add energy to a reaction, you’d turn the heat up, which means every molecule, every bond is experiencing the same influx of energy,” she says. “We selectively apply energy in a very targeted way” using light.

“Typically, if you wanted to add energy to a reaction, you’d turn the heat up, which means every molecule, every bond is experiencing the same influx of energy,” Wendlandt says. “We selectively apply energy in a very targeted way” using light.

Her research team relies on light produced through an unlikely source: blue LEDs made for fish tanks. Within a fume hood covered in orange film to counteract the blue light, chemists in Wendlandt’s lab irradiate small vials of substances in the presence of a photosensitive catalyst. “Selectively adding photons allows us to drive the reaction to a thermodynamically unstable place,” allowing the researchers to selectively break and reform atomic bonds.

“If you can take a molecule and interconvert between its many isomers selectively, you don’t have to go back to the beginning and make a completely new molecule. So, it’s more about shape-shifting at the late stage,” she says.

Wendlandt, originally from Colorado, hadn’t envisioned a career centered on manipulating molecules, but she became enamored with organic chemistry at the University of Chicago.

A cellist, she likens organic chemistry to jazz. “Once you understand the basic rules of jazz, you can really have a lot of fun,” she says. “You can riff in the space. “That’s the essence of what any scientist does—play within some interesting space.”