Scholarships—the foundation of MIT’s commitment to need-blind undergraduate admission—are a vital component of the Institute’s ability to provide the full range of support needed for students who have earned their place at MIT. Each financial commitment to an outstanding undergraduate made during the Campaign introduces a new voice into the MIT community of problem solvers and change makers, simultaneously enriching the life of the recipient and the campus. 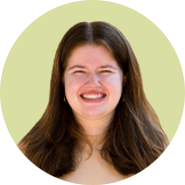 A member of MIT’s sailing team, Sarah Aaronson ’23 says she’s awed by the power of the wind that speeds boats on the Charles River. “It’s quite incredible to be harnessing a natural element to move as fast as we do,” she says.

Off the river, the mathematical economics major from Ashland, Oregon, likewise moves at full sail as president of Burton-Connor House, vice president of programming at MIT Hillel, and a member of both Alpha Chi Omega and the Undergraduate Association’s Committee on Covid-19.

Aaronson is busy studying too, hoping to pursue a research career in economics and public finance. For an undergraduate research project with the Abdul Latif Jameel Poverty Action Lab, she investigated the impact of infrastructure investments on business growth in Indonesia and found the work inspiring. “Economics speaks to the basic resources people need to survive and thrive,” she says. “The work I hope to do can make tangible improvements in people’s lives.”

The Elliot K. Wolk Scholarship has been the wind beneath her sails. Aaronson says, “I simply would not have been able to attend MIT without it.” 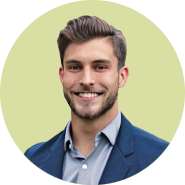 “I always knew I wanted to be an engineer,” says Liam Ackerman ’21. “I never stopped talking about how technical solutions could solve problems.”

After his father suffered an injury that significantly reduced the family’s financial resources, the Ashar Aziz Mens et Manus Scholarship made it possible for Ackerman to pursue his dreams at MIT. “As a low-income student, I’ve been uniquely lucky,” he says.

A varsity pole vaulter, Ackerman honed his leadership skills as captain of MIT’s track team. His time as an athlete and inspiration from his father’s impressive recovery from two hip replacements led him to research human mobility, and he joined the MIT Media Lab’s Biomechatronics group through the Undergraduate Research Opportunities Program. Passionate about health care equity, Ackerman used his technological expertise to build a predictive model that uses socioeconomic data to identify areas most in need of mobile health clinics.

Ackerman says he is grateful to have completed his undergraduate years without student loans, and he will return to MIT to pursue his master’s degree in the Department of Electrical Engineering and Computer Science. His goal? “I can use what I learned at MIT to make the world a better place.” 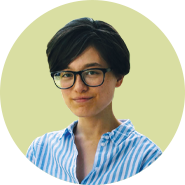 Sheila Baber ’21 spent her early childhood on her grandparents’ farm in South Korea helping grow cabbage, lettuce, and sesame. Now she hopes to combine a love of agriculture with training in the latest satellite technology to feed people on Earth and, maybe someday, on Mars.

As a sophomore, Baber was part of a team that placed second in NASA’s Breakthrough, Innovative, and Game-changing Idea Challenge to devise a working greenhouse on Mars. The experience helped inspire her career path in Earth observation: “I started out trying to grow plants in space,” she says. “Now I’m looking at plants from space to help farmers grow more food using less water, fertilizer, and ultimately fossil fuels.”

A recipient of a scholarship established by Natalie Lorenz-Anderson ’84, the recent graduate traveled to South Korea through the MIT International Science and Technology Initiatives this past summer to work for a satellite company. She plans to begin PhD studies at the University of Maryland, where she will focus on satellite applications in agriculture.

Baber hopes to advance the use of tiny cube satellites to produce images that can help predict crop yields or warn of potential famines. She doesn’t lose sight of the purpose behind capturing images of the Earth from space. “Behind the pixels are the people,” she says. “And the people are those I want to help.” 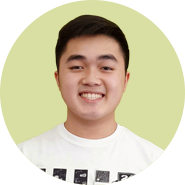 “MIT isn’t just about the smarts,” says Hung Huynh ’24. “It’s about passion, collaboration, and support.” A first-generation college student, Huynh is thrilled that the Drs. Francesco and Marybeth Pompei Scholarship has made it possible for him to attend MIT. “It’s better than a perfect match,” he says.

Growing up in the Midwest after his family left Vietnam, Huynh loved working with his hands. “I knew that when I grew up, I wanted to make things,” he recalls. Interviewing a mechanical engineer for a ninth-grade career planning assignment prompted him to research engineering schools, and MIT quickly moved to the top of his list.

Huynh is already working on two startup ideas, one of which focuses on social entrepreneurship and digital inclusion. “More than a billion and a half children were out of school because of Covid-19 and a third of them didn’t have access to online education,” he notes.

His other startup idea arose from personal experience with health care: “As a poor family, we always dreaded trips to the hospital because of the cost,” Huynh says bluntly. He hopes to use nanomedicine to create affordable, scalable methods of preventing the atherosclerosis that causes ischemic heart disease, which is the leading cause of death worldwide, according to the World Health Organization.

Huynh says, “Because of MIT, I’ve been empowered with the resources and perspective to start small but think big.”