Adapted from chapter 10 of Dispatches from Planet 3: 32 (Brief) Tales on the Solar System, the Milky Way, and Beyond, by Marcia Bartusiak, a faculty member in MIT’s School of Arts, Humanities, and Social Sciences (Yale University Press, 2018).

In 2017 an international team of astronomers thrillingly revealed, after examining a collection of data gathered by both NASA’s Spitzer Space Telescope and an array of telescopes around the world, that they had found an extrasolar planetary system with at least seven members—all roughly the size of the Earth. These newfound celestial bodies were closely circling a red, Jupiter­-sized star known as TRAPPIST­-1. The star had been named after the TRAnsiting Planets and PlanetesImals Small Telescope network in Chile and Morocco, which ﬁrst encountered this extrasolar system. At least three of TRAPPIST­-1’s rocky planets are likely to harbor liquid water, but so could all seven.

More exciting is that these terrestrial-like worlds are located a relatively scant 39 light-years away in the direction of the Aquarius constellation. In cosmic terms, that’s practically next door. Such proximity will allow astronomers to achieve one of their fondest dreams: eventually using current and future telescopes to study the planets’ atmospheres in search of gases conducive to life, such as oxygen, ozone, and carbon dioxide.

According to the Extrasolar Planets Encyclopedia, the number of extrasolar planets so far revealed in our galaxy now totals in the thousands. The TRAPPIST system was only one of the latest finds in the burgeoning field of exoplanetary astronomy. But speculation that planetary systems circle other stars started long, long ago—in ancient times. In the fourth century BCE, the Greek philosopher Epicurus, in a letter to his student Herodotus, surmised that there are “infinite worlds both like and unlike this world of ours.” As he believed in an infinite number of atoms careening through the cosmos, it only seemed logical that they’d ultimately construct limitless other worlds.

The noted 18th-century astronomer William Herschel, too, conjectured that every star might be accompanied by its own band of planets but figured they could “never be perceived by us on account of the faintness of light.” He knew that a planet, visible only by reflected light, would be lost in the glare of its sun when viewed from afar.

These terrestrial-like worlds are located a relatively scant 39 light-years away. In cosmic terms, that’s practically next door.

But astronomers eventually realized that a planet might be detected by its gravitational pull on a star, causing the star to systematically wobble like an unbalanced tire as it moves through the galaxy. Starting in 1938, Peter van de Kamp at Swarthmore College spent decades regularly photographing Barnard’s star, a faint red dwarf star located six light-years away that shifts its position in the celestial sky by the width of the Moon every 180 years, faster than any other star. By the 1960s, van de Kamp got worldwide attention when he announced that he did detect a wobble, which seemed to indicate that at least one planet was tagging along in the star’s journey. But by 1973, once Allegheny Observatory astronomer George Gatewood and Heinrich Eichhorn of the University of Florida failed to confirm the Barnard-star finding with their own, more sensitive photographic survey, van de Kamp’s celebrated claim of detecting the first extrasolar planet disappeared from the history books.

The wobble technique lived on, however, in another fashion. Astronomers began focusing on how a stellar wobble would affect the star’s light. When a star is tugged radially toward the Earth by a planetary companion, the stellar light waves get compressed—that is, made shorter—and thus shifted toward the blue end of the electromagnetic spectrum. When pulled away by a gravitational tug, the waves are extended and shifted the other way, toward the red end of the spectrum. Over time, these periodic changes in the star’s light can become discernible, revealing how fast the star is moving back and forth due to planetary tugs.

In 1979, University of British Columbia astronomers Bruce Campbell and Gordon Walker pioneered a way to detect velocity changes as small as a dozen meters a second, sensitive enough for extrasolar planet hunting to begin in earnest. Constantly improving their equipment, planet hunters were even more encouraged in 1983 and 1984 by two momentous events: the Infrared Astronomical Satellite (IRAS) began seeing circumstellar material surrounding several stars in our galaxy; and optical astronomers, taking a special image of the dwarf star Beta Pictoris, revealed an edge-on disk that extends from the star for some 37 billion miles (60 billion kilometers).

It was the first striking evidence of planetary systems in the making, suggesting that such systems might be common after all.

The first indication of an actual planet orbiting another star arrived unexpectedly and within an unusual environment. In 1991, radio astronomers Alex Wolszczan and Dale Frail, while searching for millisecond pulsars at the Arecibo Observatory in Puerto Rico, saw systematic variations in the beeping of pulsar B1257+12, which suggested that three bodies were orbiting the neutron star. Rotating extremely fast, millisecond pulsars are spun up by accreting matter from a stellar companion. So, this system, reported Wolszczan and Frail, “probably consists of ‘second generation’ planets created at or after the end of the pulsar’s binary history.”

The principal goal for extrasolar planet hunters, though, was finding evidence for “first generation” planets around stars like our Sun—planets that formed from the stellar nebula itself as a newborn star is created. That long-anticipated event at last occurred in 1994 when Geneva Observatory astronomers Michel Mayor and Didier Queloz, working from the Haute-Provence Observatory in southern France, discerned the presence of an object similar to Jupiter orbiting 51 Pegasi, a sunlike star 45 light-years distant in the constellation Pegasus. They first revealed their discovery at a conference in Florence, Italy, and their fellow astronomers declared it a “spectacular detection.” Unlike our own solar system, this extrasolar planet is located a mere four and a half million miles (seven million kilometers) from its star (far closer than Mercury is to our Sun) and completes one orbit every four days. Planet hunters had assumed it would take years of collecting data before detecting the subtle and gradual stellar wobbles caused by a planet orbiting its parent star, but the small orbit of 51 Pegasi b enabled them to spot its variations quickly.

Other discoveries followed swiftly. Astronomers found even bigger planets, some many times the mass of Jupiter, closely circling their parent stars. These finds challenged theorists, who had not imagined giant planets with eccentric orbits so close to their sun. These unusual planets, though, were quickly overshadowed by the discovery of a large planet orbiting 47 Ursae Majoris at a more distant 200 million miles (around 320 million kilometers). This companion of 47 Ursae Majoris thus gained special distinction for being more “reminiscent of solar system planets.” And by 1999, scientists started to find extrasolar systems with multiple planets.

The floodgates were opened, and over the succeeding years thousands of exoplanets were (and continue to be) found. While at first only the biggest exoplanets were revealed (as it was easier to detect them), improved technologies and additional planet-hunting methods at last enabled the discovery of smaller exoplanets, including Earth-like planets like those in the TRAPPIST system. Space-based missions, such as the Kepler space telescope, were especially productive in spotting these extrasolar planetary systems. “We’ve gone from the early days of thinking maybe there are five or ten other planets out there, to realizing almost every star next to us might have a planet,” says astronomer Jennifer Burt at MIT’s Kavli Institute for Astrophysics and Space Research. Indeed, one team of astronomers in 2012 estimated that there might be one or more planets orbiting each and every Milky Way star. That means at least 200 billion potential homes for ET to call.

About the author and the MIT Graduate Program in Science Writing 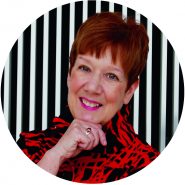 Marcia Bartusiak is professor of the practice in MIT’s Graduate Program in Science Writing (GPSW), based in the School of Humanities, Arts, and Social Sciences. Since 2002, the program has provided a unique home within a world-class research university for some of the nation’s most distinguished journalists, authors, and scholars working to advance the public understanding of science, medicine, engineering, and technology. GPSW trains humanistic writers—with one foot in the sciences and the other in the arts—to probe the values and practices of science and technology, and to narrow the gap in modern society between citizens and wielders of scientific expertise.

Combining her training as a journalist with a graduate degree in physics, Bartusiak has been covering the fields of astronomy and physics for more than three decades. Her six previous books include The Day We Found the Universe, which received the History of Science Society’s 2010 Davis Prize for best history of science book for the public; and Einstein’s Unfinished Symphony, a chronicle of the international attempt to detect cosmic gravity waves, which was updated in light of new discoveries and republished in the summer of 2017. In 2006 Bartusiak received the prestigious Gemant Award from the American Institute of Physics, and in 2008 was elected a Fellow of the American Association for the Advancement of Science for “exceptionally clear communication of the rich history, the intricate nature, and the modern practice of astronomy to the public at large.”