Janelle Heslop is no shrinking violet. She found a voice for herself and the environment when she was in middle school, volunteering as a junior docent for the Hudson River Museum.

“I was a 12-year-old giving tours, preaching to people: we’ve got to protect our resources,” Heslop says. “At a very early age, I learned to have a perspective, and assert it.”

Today, Heslop is honing her passion into skills in business and engineering through her second and final year of MIT’s Leaders for Global Operations (LGO) program. The program provides two degrees: an MBA from the MIT Sloan School of Management and an SM from the School of Engineering, giving Heslop the foundation to pursue her dream of transforming businesses around their environmental impact. “You can make fun and interesting products that also take good care of our natural resources,” she says.

Before coming to MIT, Heslop had worked successfully in consulting with a focus on sustainability and investments in clean technology. At GreenOrder, she advised companies like General Electric on sustainability. She then joined Veolia, a global environmental services company, where she reconnected with her passion for water through projects such as a four-year collaboration with New York City’s Department of Environmental Protection that helped save the agency $150 million.

Heslop decided to come back to school to learn the skills that could effectively drive environmental stewardship in business. The LGO program has been a fantastic fit, academically and socially. “The LGOs are a really tight-knit and passionate community,” Heslop says. “Everyone is clearly super smart and really will be—or already are—world-changers. But their humility and compassion for others is truly inspiring to me.”

An alumnus of the program, Augustus “Gus” O. Tai SM ’91, has demonstrated his own admiration for LGO students by endowing the graduate fellowship that currently supports Heslop. “I remember getting the letter from LGO,” she says, “which said something like, ‘You’re receiving this based on your accomplishments thus far—but also the potential that you have to be a leader.’”

“It’s extremely encouraging to know that I have people who really believe in me from the institutional level, all the way down to my classmates,” she says. And of Tai’s gift: “To know that someone’s investing in me to be here is amazing.”

“You can make fun and interesting products that also take good care of our natural resources,” Heslop says.

Outside of classes, Heslop continues to pursue that enduring passion for water instilled along the Hudson. She’s co-directing the Water Innovation Prize this year, a student startup competition that awards $30,000 to the top-three teams with innovative solutions to water-related challenges. Past winners have included technologies for detecting water-borne bacteria, harvesting water from the air, and waterless toilets. “I wanted to be with people who care about the same things I care about,” Heslop says.

At the same time, Heslop is busy conducting research toward her thesis. She recently wrapped up a six-month stint at the biotech company Amgen, evaluating new technologies for manufacturing drugs to “help usher in the next generation of manufacturing,” she says. Advised by Heidi Nepf, the Donald and Martha Harleman Professor of Civil and Environmental Engineering, Heslop aims to identify technologies that “can meet demand, are operationally efficient, and don’t ruin the environment.”

The culture at Amgen has been eye-opening, Heslop says. Its people are driven and passionate about breakthroughs in health care, and they’ve embraced Heslop’s ideas and methodologies to weigh the environmental impacts of their manufacturing systems. “They’ve been so open to that,” she says. “I think it’s because they’re thinking about the long-term health and sustainability of communities.”

Those are values that Heslop holds dear. And while she doesn’t know what industry she’ll work in after she graduates in June 2019, she’s confident she could be happy in many sectors, whether she is helping a company to make drugs more efficiently, or to design consumer products that aren’t toxic to people or ecosystems.

With a laugh, she says: “This might be my over-the-top view of myself, but I think any industry can use my skillset and passions.” 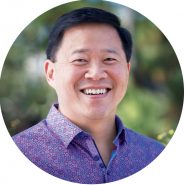 Augustus “Gus” Tai is an inveterate, self-described hipster. When he started in the LGO program in 1989, then called Leaders for Manufacturing (LFM), he was looking for a way to be different from his peers. But in LFM, Tai now recalls, he encountered a tribe of people who reflected values so central to him that he found himself wanting to share the group traits, instead of to reject them.

“What struck me as unusual was that the students I was with took the name—Leaders for Manufacturing—seriously,” he says. He saw deep integrity, thought, and humility in what his classmates would do and say: for instance, their questions and work ethic, the lunch sessions they would create to further their learning, and their ability to hear opinions without being swayed by them. From then on, Tai says, he has loved the community of LFM/LGO alumni. “All these folks are really thoughtful and sincere,” he says. “They’re really committed to service.”

And they’re everywhere, in “any company that’s well known for making things that are hard to make,” Tai adds. The alumni roster includes the worldwide consumer CEO of Amazon, the former vice president of worldwide operations at Google, a vice president at Apple, and an acting US secretary of defense.

“It’s very clear to me that the alumni group is the most competent, capable, and inspiring group I’ve ever been affiliated with,” says Tai, who has worked for more than 20 years as a partner at the venture capital firm Trinity Ventures.

To aid the continued development of such gifted leaders, Tai created the fellowship that currently supports Janelle Heslop. She embodies many of the values that MIT and the LGO hold, Tai says, adding that he hopes to meet her in the near future and find out “if I can be helpful in her journey.” Tai’s interest in supporting LGO students is a natural extension of his work mentoring CEOs of startups and his values as a mindfulness practitioner. He attends to the growth of individuals and, in particular, cultivates the oft-underappreciated, but crucial, leadership skill of kindness. Being kind, especially to yourself, he says, lets you serve others best.